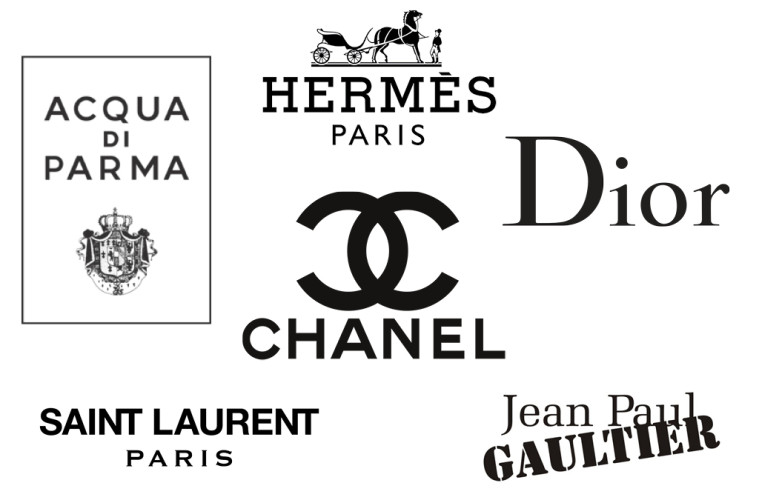 THE 7 MOST ICONIC PERFUMES

The fragrances that those who we care about wear remain with us through a lifetime, and help us recall the memories we shared. ¡Who isn’t able to identify his mother’s perfume, his grandfather’s cologne or his first lover’s scent! That’s why choosing well your perfume becomes so important, and this is also the reason why the fragrances released by fashion brands become core icons of several generations.

It all started in 1916 with this fragrance crafted in Parma’s heart. This was a fresh, soft, citrus scent; that contrasted with the deep aromas that were commercialized at the time. This is why it became such a huge success, and it slowly became the icon of italian elegance for 30s and 50s celebrities, both men (Cary Grant, David Niven) and women (Ava Gardner, Audrey Hepburn). Acqua di Parma Colonia has stayed unchanged through its 100 years of history. A timeless scent with citrus, lavender and verbena notes, followed by sandalwood and patchouli: seductive, eternal, just like the italian tailors je-ne-sais-quoi.

“A woman’s perfume that smells like a woman”. This was the assignment that, in 1921, Gabrielle Chanel asked to nose Ernst Beaux; in a time in history lead by clearly distinct floral scents. With this fragrance of over 80 components, and thanks to the use of aldehydes (chemicals that change/enhance other scents) he created the first complex perfume of indechipherable levels. It can be considered the olfactive equal to artistic avant-garde movements. Its name comes from the fact that it was the 5th vial that Beaux showed to Chanel. The radically simple flask, contrasts with the barroque bottles that were popular at the time. It has stood perfectly well the test of time, with nearly imperceptible modifications through its history; being worn by grandmothers, mothers and daugthers. Amongst its admirers we can find Marilyn Monroe, Catherine Deneuve, Kate Moss or Nicole Kidman.

“A fragrance that is like love.” Few people know the story behind the couturier‘s iconic perfume. Its scent recalls the childhood years Christian Dior spend with his sister Catherine in Granville, surrounded by surrounded by gardenia, galbanum and bergamot; carnations, lilies, jasmine, lilies-of-the-valley, roses and daffodils; the notes after which the perfume was developed. Catherine and Christian were very close, and when she was captured for being a Résistance spy, in 1944, and deported to a Nazi concentration camp, Christian feared he wouldn’t see her ever again. After an exasperating year, in 1945 Catherine is able to return to Paris with her brother, and after the reunion, Christian decides to homage her in his first show; where he introduces, in 1947, the fragrance Miss Dior. Avenue Montaigne’s maison is sprayed daily with the perfume and it becomes the scent of Haute Couture.

Flask designed in 1951 by Baccarat with campaign.

“It’s All A Woman Needs To Wear.” This is the big statement Hermès released as the slogan for Calèche in 1961. This perfume is the work of art that brought the equestrian brand to the fragrance world. Its a fragrance made for women, but that doesn’t really have a feminine scent, in the usual sense of the word. It’s a tough, compact, prohibitive, controlled, masculine, unapproachable fragrance. It recalls the spirit of an amazon, a women that doesn’t try to hard, reserved, elegant… That’s why it has stood decade after decade by every classy women that enjoys the fresh wind in her cheeks after horseriding. A perfume that doesn’t need an introduction.

“Flowers of fire” is what Saint Laurent aimed to achieve with Opium. This perfume of oriental notes, thick as an opium smoking room, was controversial since its release in 1977, and, because of its name, Saint Laurent was accused of condoning drug abuse. Nevertheless, the orientalist scent fantasy, that blends spices, floral fruity notes with vanilla, amber, myhrr and incense, is, still today, one of the brands best-sellers. This bold perfume, is only appropiate for daring women, strong and sensual women who like to stand out, since, undoutebly, Opium is a strong and powerful fragrance.

Italian jewellery maison Bvlgari was looking for a fragrance that would be sold discreetly, to scent their boutiques. It wasn’t a perfume that had to be massively commercialized, but an aroma that would extend Bvlgari’s identity. Eau Parfumée au thé Vert, introduced in 1993, is as deep and clear as Turkish seawater; with the soft nuances of Darjeeling and the rough texture of green tea; but it doesn’t really have the exact smell of any kind of tea. This makes it ideal both for men and women since it enhances our skin’s natural aroma. This perfume, that was never made to be commercialized, was selling 10 bottles a day in New York’s boutique, at 350€ a bottle. Once they realized this, the brand released Eau Parfumée au thé Vert, as elegant and minimalist as the crispness of a spring morning; and 20 years later it still stays as one of the maison’s best sellers.

Born in 1993, the iconinc scent of the revolutionary designer aims to recall the memories of a happy childhood: his grandma’s rice powder and the feeling of going to the theatre as a kid. The flask, shaped as a corset, follows the footsteps of Schiaparelli’s 1931 Shocking perfume; and is ideal to reinforce the undisputable branding of the Gaultier maison. This femenine fragrance finds her masculine match in Le Male (1995), with a bottle shaped as a men’s torso wearing a navy striped t-shirt.