The world’s most beautiful libraries by Taschen and Massimo Listri

Lovers of art, photography, architecture, books or history, but especially lovers of that feeling of insignificance that overcomes you when entering any library included in The World’s Most Beautiful Libraries, the work of Massimo Listri and Taschen. A photographic journey through which we will walk through some of the oldest and most important libraries in the world. 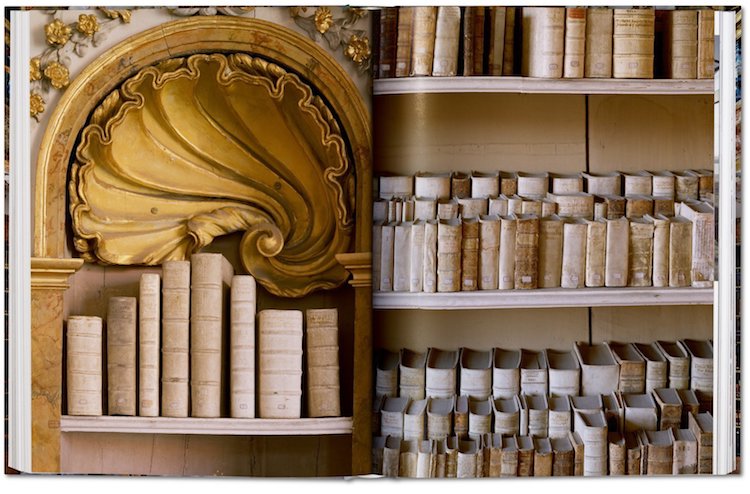 The self-proclaimed “son of the Renaissance”, Massimo Listri, has dedicated his career to capture the essence of great architectural works that, with the perfect light, appear under his objective as a Renaissance painting, symmetrical with a vanishing point that attracts the the viewer’s gaze towards the end of an infinite room of stories to be told. 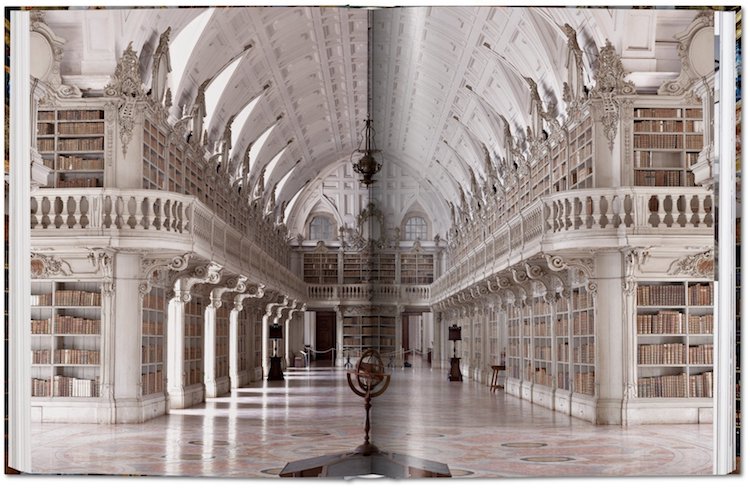 From medieval to nineteenth-century institutions, from private to monastic collections, from ancient Alexandria to the great apple of New York, the book reveals the architectural, historical and bibliographical secrets that hide some of these temples of knowledge spread over time and space, where you can find many of the most valuable documents in the world.

Massimo Listri has photographed libraries of the five continents

But what libraries can we find in this book? The list covers the four continents so we can only mention some examples here. One of them is the Vatican Apostolic Library, belonging to the Pope and located in the Vatican City. It is one of the oldest libraries in the world and holds a very important collection of historical texts, among which is the Codex Vaticanus (Vatican Codex), one of the oldest Greek manuscripts of the Bible.

Trinity College is the oldest university in Ireland. Located in the center of Dublin, its library houses the largest collection of manuscripts and printed books in the country. At the moment, it owns almost three million books distributed in eight buildings. The oldest of these, and also the most spectacular, was built between 1712 and 1732 and contains the room that Massimo Listri portrays for this book, the Long Room. 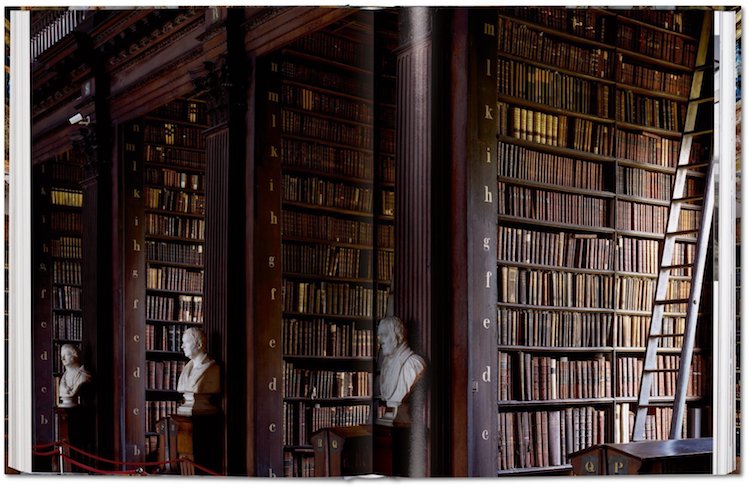 In it, endless shelves full of books flood the atmosphere with its smell of old wood, while dozens of marble busts guard the room giving it a picturesque air. These sculptures represent, since 1743, great philosophers and writers of the Western world, as well as people related to Trinity College. The jewel of the library is also in this room and is the Book of Kells, a manuscript in Latin of the four Gospels dating from the IX century.

Another example is the Sainte-Geneviève Library. Located in the Pantheon square in Paris, it is part of the Sorbonne New University and houses around two million documents. The building, designed by Henri Labrouste and inaugurated in 1851, is one of the few cases of the Cast-iron architecture preserved from the nineteenth century. Although its metal structure is hidden on the outside under a Renaissance cover, we can see all its splendor inside.

These temples of wisdom harbor bits of history

More? The Laurentian Library of Florence, designed by Michelangelo, holds the private collection of the powerful Medici. Also the Abbey of Altenburg, in Austria, an outpost of imperial Catholicism repeatedly destroyed during the European religious wars. Or the Franciscan Monastery of Lima, in Peru, whose library keeps the documents of the Inquisition. Or the Library of Girolamini in Naples, built in the XVI century and with specimens that span from the XVI century till the XIX.

Library of Girolamini, in Naples

The feeling of entering a large library is hardly comparable. Architectural treasures of all times that mix with the overwhelming shock of the millions of stories they contain. Bibliophiles, enjoy!